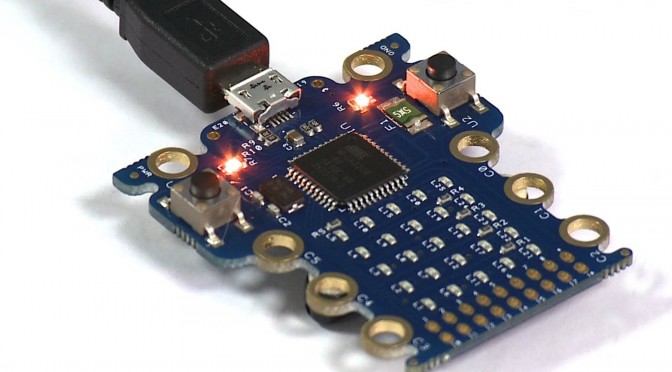 The BBC has revealed it is leading a project to create a small computer which will be distributed to 11-12 year olds in UK schools in September 2015. The device is called the “Micro Bit”.

It follows in the wake of the Raspberry Pi Foundations ground breaking impact on small form factor computers. One million of the tiny computers will be given away free of charge to all pupils starting secondary school in September. The launch will be backed up with example programmes, tutorials and teaching materials. The device plugs into a host system such as a tablet or laptop and allows the user to create programmes for it. The onboard grid of 25 LEDs and the two switches allow for real world feedback.

The Micro Bit will form a part of the BBC’s “Make it Digital” initiative which aims to increase the UK’s digital skill base.

For more information take a look at these BBC News articles :